Budapest’s most recognizable building (and Hungary’s largest), sits majestically along the east bank of the Danube. The Hungarian Parliament building is unmissable during a trip to Budapest– its buttresses, towers and mighty dome are dazzling from near and far. It is especially impressive at night, brightly illuminated in a golden glow.

The marble-clad interior is just as striking. Sweeping staircases and intricate ceiling designs are all accented with a large amount of gold- 40 kilograms! In fact, the Parliament building was so expensive, the money used to build it would have been enough to construct a small city!

Even though our guided tour of the Hungarian Parliament building was relatively short, we got to admire the Main Staircase, the Dome Hall and the Session Hall of the Upper House. The most important attraction though, is the Crown of St. Stephen. The crown is protected by two guards who ceremoniously change their sword position every five minutes (so don’t stand too close!)

A Photo Tour of the Hungarian Parliament Building

Here are some pictures I took from inside the Hungarian Parliament Building during our tour. 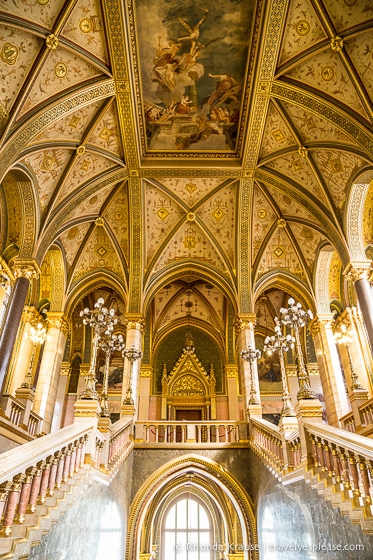 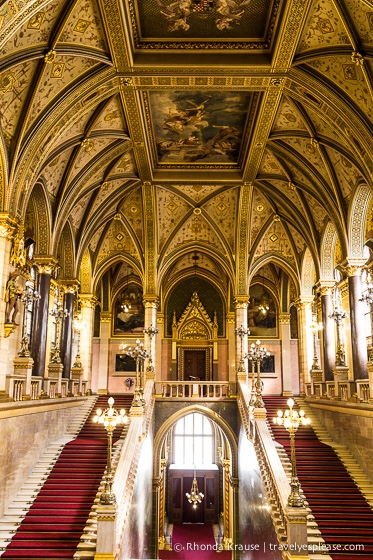 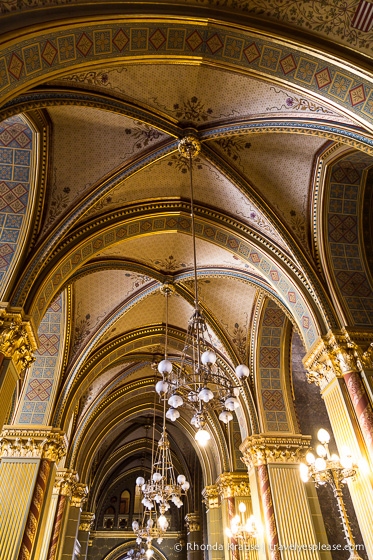 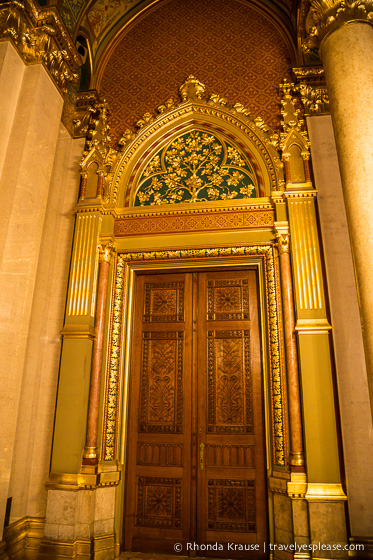 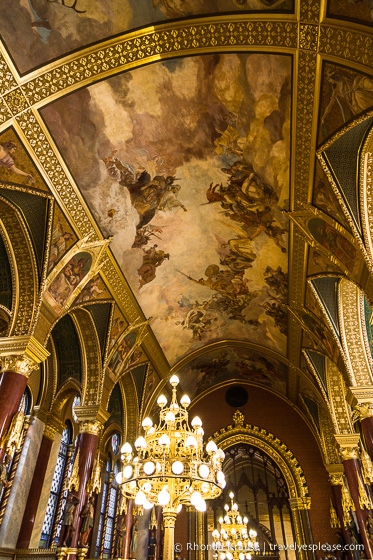 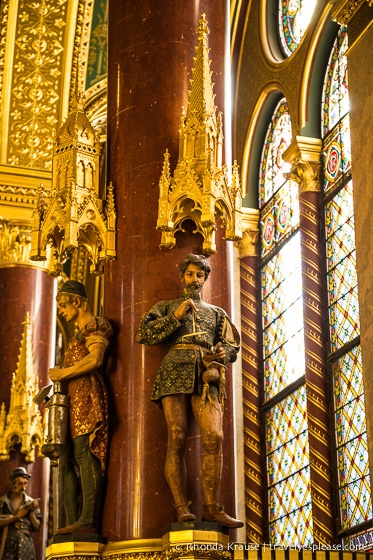 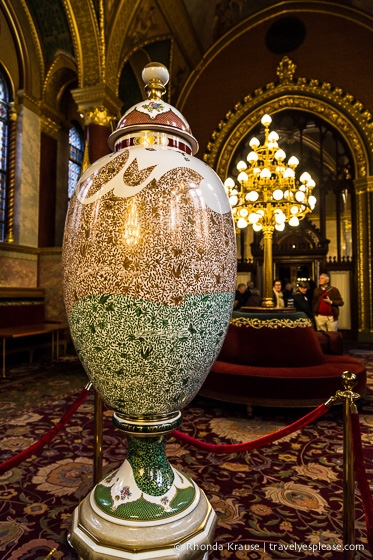 Cigar holders in the hallway. 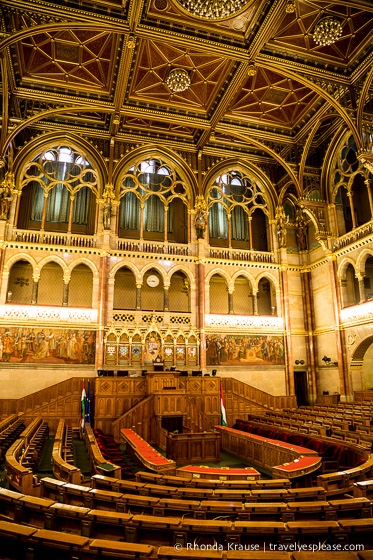 Closing Days: There are no guided tours on national/bank holidays (March 15, August 20, October 23). The Parliament building is also closed January 1, Easter Sunday and Monday, May 1, November 1, and December 24-26.

Information was correct at the time of publishing but can change without notice. Please confirm directly with the venue.

For your convenience, here is a list of hotels in Budapest. Please consider booking your Budapest accommodations through the included link. It costs nothing extra and helps support this website. Thank you!

« Castle Hill, Budapest- Self-Guided Tour of the Points of InterestPhoto of the Week: Sacre Coeur Basilica »