My first trip to Switzerland was a long time coming- it was a place I’d dreamed about visiting for many years before I finally went. I’d spent hours admiring photos, building Switzerland up in my mind so much that I arrived expecting near perfection.

Luckily, it was even better than I’d imagined and all the great things I’d heard about travelling in Switzerland were true. The landscapes were gorgeous, the towns were cute, and it was easy to navigate by public transportation.

Even though Switzerland lived up to my expectations, there were a few pleasant discoveries along the way that helped make my first trip to Switzerland interesting and unforgettable.

What to Expect on Your First Trip to Switzerland

After my first trip to Switzerland, I can tell you to expect a country that’s stunningly beautiful the whole way through. From unbelievably blue lakes, dramatic alpine valleys, and charming architecture, the beauty of Switzerland is sure to impress.

Switzerland is also far more diverse in terms of language, landscape, and culture than you might expect. From glaciers to palm trees, and cultural influences from surrounding countries, variety is definitely the spice of life in Switzerland. During my two weeks in Switzerland I felt like a visited many different countries in one!

It’s really hard to sum up Switzerland because there are so many regional differences, but one thing that’s always consistent is accessibility to nature. There’s no doubt that Switzerland is a great choice for active travellers and those who love the outdoors.

Even though Switzerland isn’t drastically different from other countries in Europe, there are a few things to know that will help make your first trip to Switzerland a smooth one. I hope this guide, based on my personal experience and observations, answers any questions you may have about travelling to Switzerland for the first time.

Travelling by Train in Switzerland 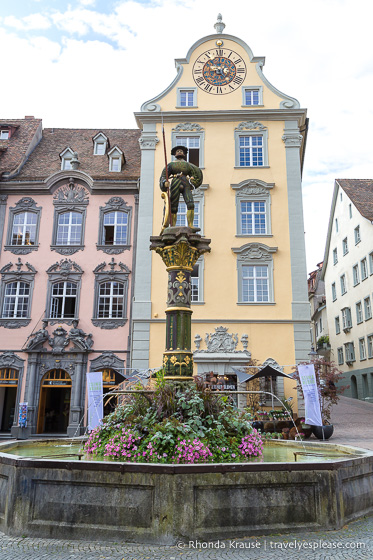 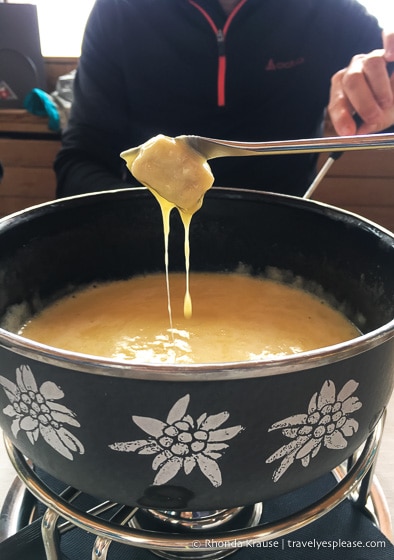 Enjoying fondue at the top of the Diavolezza

Walking and Hiking in Switzerland

Cycling and Mountain Biking in Switzerland

Other Tips and Observations on my First Trip to Switzerland

Final Thoughts About my First Trip to Switzerland

I can sum up my first trip to Switzerland by saying I hope it won’t be my last.

Besides it being one of the most beautiful countries I’ve ever visited, there are many reasons why I’d go back to Switzerland. For one, I felt 100% comfortable travelling there. Secondly, I loved the convenient access to nature and outdoor activities. Switzerland is definitely a leader in this department! And of course, there are so many more hikes, bike trips, and mountain excursions I’d love to do!

What to See on Your First Trip to Switzerland

It can be hard to decide where to go and what to do on your first trip to Switzerland because there are so many fantastic options. For some suggestions and a sample itinerary, read my post 2 Weeks in Switzerland- An Itinerary for Active Travellers.

For your convenience, here is a list of hotels in Switzerland. Please consider booking your Switzerland accommodations through the included link. It costs nothing extra and helps support this website. Thank you!

Here is a trusted site that has a large selection of tours and tickets for activities in Switzerland. You can book everything from day trips, city walking tours, mountain excursions, boat cruises, and more.

I was hosted by Switzerland Tourism in order to bring you this story. As always, I speak only the truth and hosts have no editorial influence on articles. Purchases made through the included links earn us a small commission, at no extra cost to you, and help support this website. Thank you!

Photo of the Week: Cologne Cathedral and Hohenzollern Bridge
Photo of the Week: Ponte Vecchio, Florence
Dachau Concentration Camp Memorial Tour- Remembering the Past
The Paris Museum Pass- What Is It and Should You Buy It?
5.8K Shares
Share132
Tweet
Pin5.7K
Share
Flip